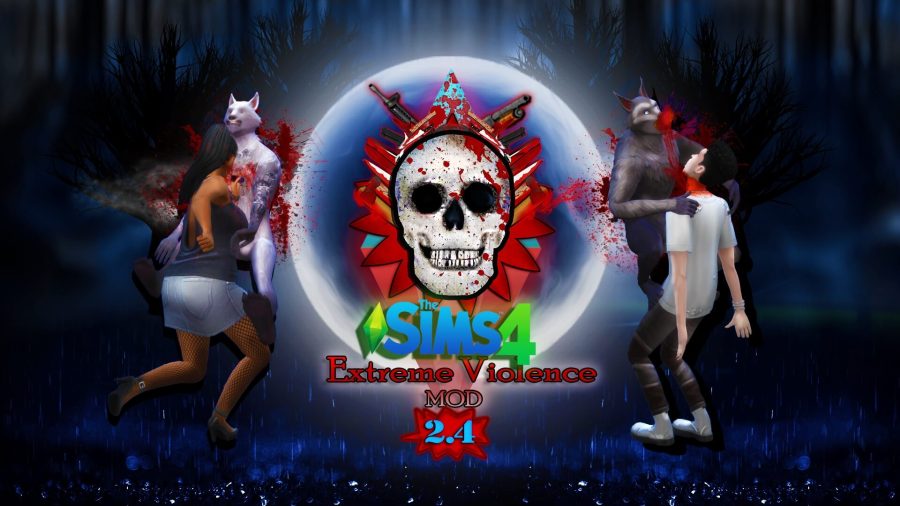 CREATED BY Paths to Fame
Save to My Favorites

The end of the hated Sims lives with 6 new kills using a range of new armed weapons or your Sims bare hands or… prey…?

NEW KILLS:
Spray with a machine gun
Shoot with a shotgun
Slow Machete Slots
Slices of shawarma machete
Neck crack
Failure of the head with prey
Deadly with a chance of survival to”
Ignite “the use of Molotov”
Non-lethal Interactions:
Smash your Head with a Bottle
Perform Taekwondo Kicks “Martial Arts Interaction that works similar to “Beat Up” interaction”
Additional update
Sims will now limp after being “beaten”, “dragged”, “taekwondo kicked”
by Available violent actions:

To stab a knife in the back
Open up the stomach
Strangle
Suffocate with a diaper
To stab with a machete
Stabbing with a machete in slow mo
Shoot
Shoot with a shotgun
Cut the throat
Set it on fire!
Chop into pieces with a machete
Impale sayami
Cut through the head with an axe
Stab in the jaw
Stab with a pen
Smash his head with his ass
And shoot him with a machine gun
Dismember with a chainsaw
Shoot down on a bike and shoot
Wring your neck
Burn with a flamethrower
Death from Heaven
Strangle with fried cheese
Stab in the chest with a knife
Stab in the neck with a knife
Hit with a swing of the bat
Open fire — with this interaction, your character can kill everyone who stands in front of him.
Non-lethal interactions

Pull out the hair
Give in the face
Give a slap in the face — children will lose consciousness after this interaction.
Beat
Break the head with a bottle
Hit
Punch in the stomach — if you hit a pregnant character, he will have a miscarriage.
Kick in the groin
Perform taekwondo strikes
Nonviolent interactions

Open up the stomach
Cut the wrists
If you are depressed or have suicidal thoughts, please come to the author’s channel in Discord and talk about it.
What’s new version from 01.10.2020:
New Murders (8):
Hit by car
Throw the helicopter into
Diving
Super punch
Super RKO
Tombstone Piledriver
Friendly Stab in the Back
RIP Heart Out
All new kills include self-defense/evasion ability.

Keeping a Sim at gunpoint for money:
* Available in the “Non-lethal Interactions” category.
You can hold any sim at gunpoint in front of other sims to earn money
Sims around you will worry and may call the police
The cops will arrest your sim if they arrive at the scene while you’re holding someone.
Spraying ultrasound from the car:
* Available in the “Extreme Violence” menu when you click on yourself (controlled by sim)
Your sim will get into the car and start shooting at the simulators during the drift.
Similar to the “Open Gunfire” interaction, but it covers a wider range, killing anyone standing in a circle next to your sim.
Murder “Holiday tradition”:
You can find a new tradition of “Killing” in the calendar when you create your own holiday “Requires Seasons EP”.
By choosing this tradition, all Sims will start killing each other as soon as the holiday begins, without consequences.
Sims will not kill others with whom they have a 15% positive relationship.
You can exclude certain Sims from participating in the tradition in the mod options menu. *
* Click on the Sim -> Extreme Violence -> Options -> Autonomy -> Prohibit/allow the sim to participate in the festive tradition of murder.
Rip out the Sim’s heart:
After you snatch a Sim’s heart from the “Deadly Interactions” category, your Sim will receive that Sim’s heart and store it in his inventory.
You can keep it as a trophy, sell it, or eat it to satisfy hunger OR thirst and vampire power.

Be the first to review “Excessive cruelty” Cancel reply